A nest box was installed on the Brandywine Building in Wilmington, DE in 1992 by Craig Koppie of USFWS due to recent falcon activities witnessed by individuals going to work in downtown. In January of 2010, a webcam was installed inside the box in the hopes of opening a window into the world of the Wilmington Peregrine Falcons for all of our viewers. Little did we know that during the peak viewing season (after those little darlings hatch!), the webcam would host over 10,000 viewers in a day!

Every year is a new experience and always filled with some drama, oftentimes a wild and exciting fledging event or two as the young falcons take that leap of faith for their first flight.

The best viewing vantage point to witness the fledging, flight lessons and feeding of the young falcons is from atop the City Center Parking Garage off of 11th Street directly across from the nest box.

Visit our YouTube channel during the nesting season to view the falcons: 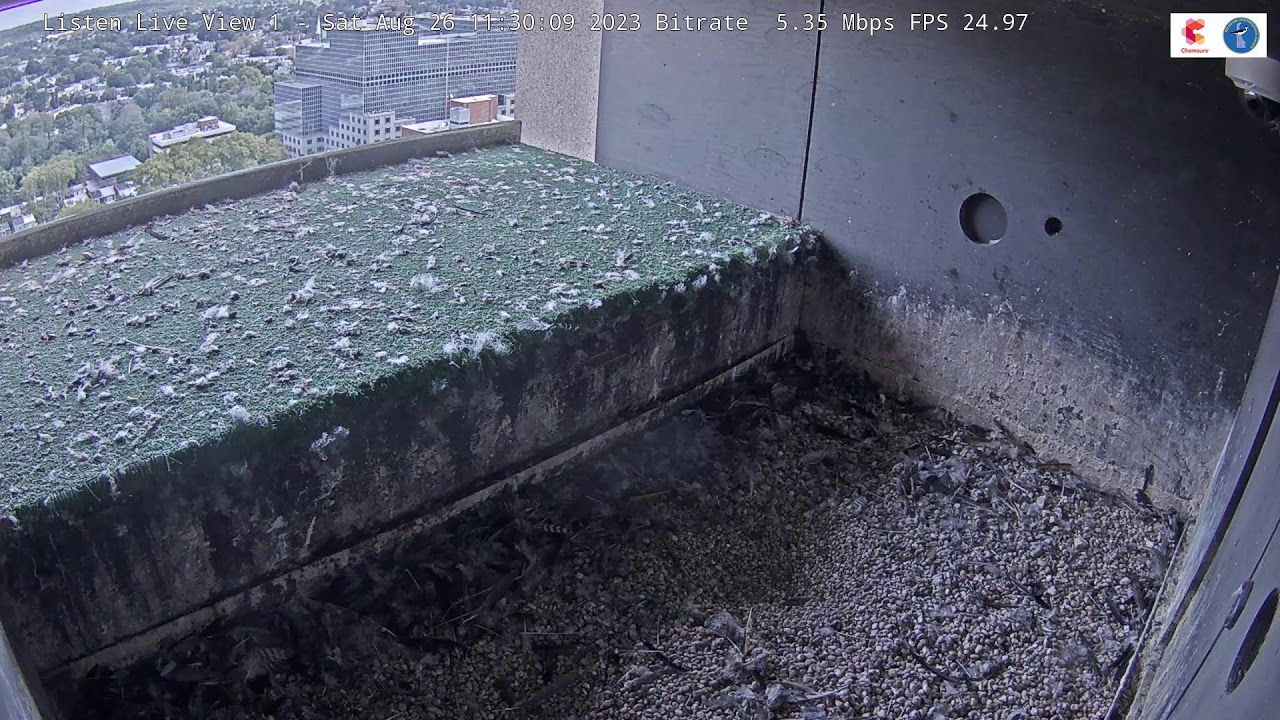 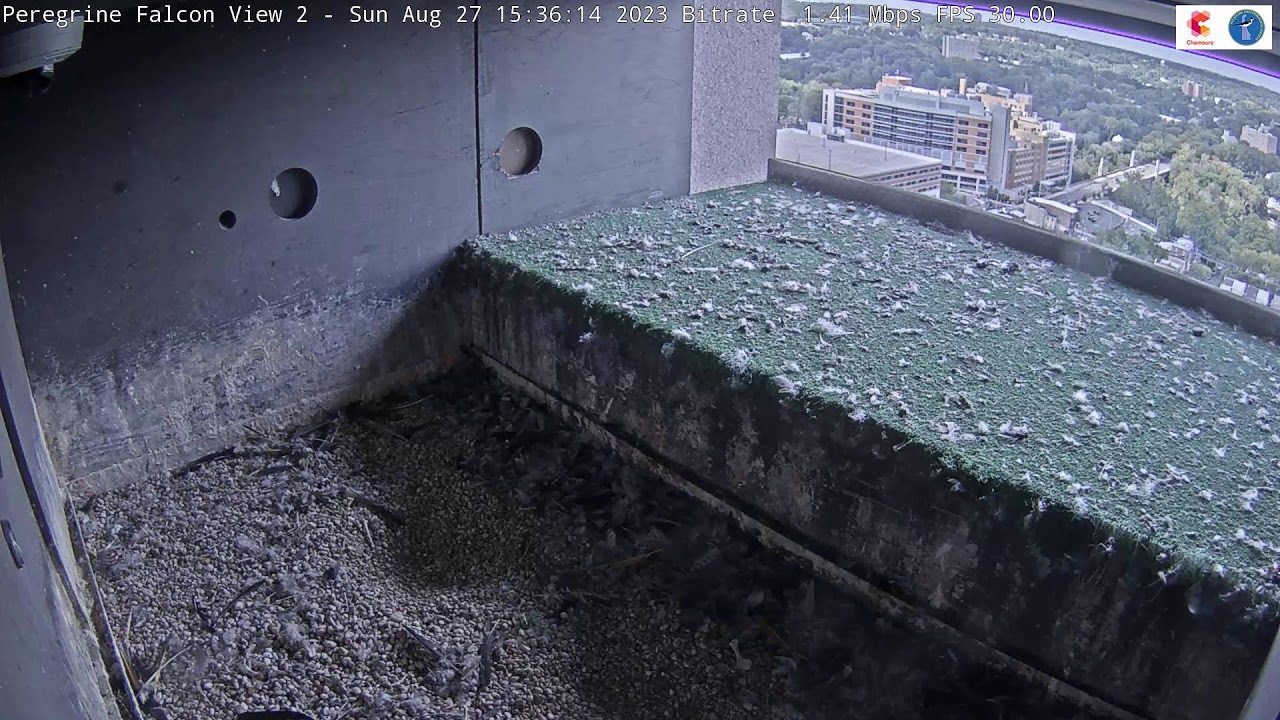 February – courtship begins with individual visits to the nest box, and nesting scrapes begin to appear. Mostly made by the male, the scrapes are circular depressions formed by the falcon lowering its chest and pushing the pebbles to form a cavity for the eggs to be laid. Later in the month, both falcons will appear and perform courtship bowing and vocalizations, oftentimes resulting in mating.

March – courtship and bonding behaviors continue and defense of the nest box and territory from interlopers can prove to be dramatic, resulting in a life-or-death battle. Egg-laying happens during this month and incubation begins. The falcons typically lay between 3-5 eggs, spaced 2-3 days apart. They don’t start incubating until they’ve laid their next to last egg. Both adults incubate the eggs with incubation lasting from 32-35 days from egg-laying.

May thru June – Once the eyases (little new ones) appear, both adults will tend to the newborns. One adult may remain with the eyases until they are 10-11 days old before both adults will leave them to hunt. After losing their downy feathers, the falcons are then known as nestlings. They double their weight in only six days and at three weeks will be ten times birth size. The months of May and June will be extremely active months filled with activity from both the adults and the nestlings. Look for adults to bring food to the box about once an hour. Since the young falcons start to fly within 42 days of hatching, they will be going through wing-strengthening flapping on a very regular basis, oftentimes while standing on the outer ledge. The falcons can then be seen standing out on the edge of the box, acclimating themselves to the outside environment. At this time, the adults start to bait the youngsters out of the box on their one and only fledging flight, hopefully with a successful outcome! The adults will stop direct feeding of the young to encourage flight but continue to provide prey and teach the fledglings how to hunt.

July – Flight and hunting lessons continue but the young falcons are preparing for life on their own. Towards the end of July and into early August, the adults will start to encourage the young falcons to disperse and find a new territory they can call their own.

We wish to express our great appreciation for our sponsors, without whom this project would not be possible: …and numerous Facebook viewers and fans!
And a special thank you to Assurance Media for guidance and installation of the new cameras, and WHYFLY for hooking us up with awesome wireless streaming direct to you!